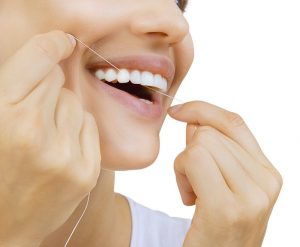 We have all been told to floss regularly by at least one dentist, but how many of us actually listen? According to a study from the Centers for Disease Control and Prevention (CDC), not everyone does. In fact, nearly one-third of all Americans never floss. In this blog post, Longmont dentist Dr. Amy Farmer discusses the study in detail.

The author of the study, Dr. Duong Nguyen, a medical epidemiologist with the CDC’s Epidemic Intelligence Service, believes that increasing education on the importance of flossing is key to increasing the number of people who floss daily.

“I think it’s one of those things people don’t know enough about,” said Dr. Nguyen. “We don’t tell them why [to floss]. That could be one of the barriers.”

Why Flossing Is Important

While brushing is certainly a critical component of good oral health, it is not enough to prevent cavities and other dental health problems from occurring. Flossing removes food particles from the nooks and crannies of your mouth that are hard to reach with your toothbrush. If left in your mouth, food particles can cause plaque, which can turn to tartar, a sticky film that cannot be removed at home with a toothbrush or floss. Plaque can lead to oral health problems such as gum disease and other health complications.

Dentists recommend you floss at least once a day, in addition to brushing twice a day. To be most effective, you should wrap floss around each tooth in a C-shape motion, moving the floss up and down.

We will do our best to accommodate your busy schedule. Request an appointment today!

Font Resize
Contrast
Accessibility by WAH
Call Us Text Us
No Insurance?
No Problem!